Kurdish politician from Iran: Parliamentary elections are nothing but a joke 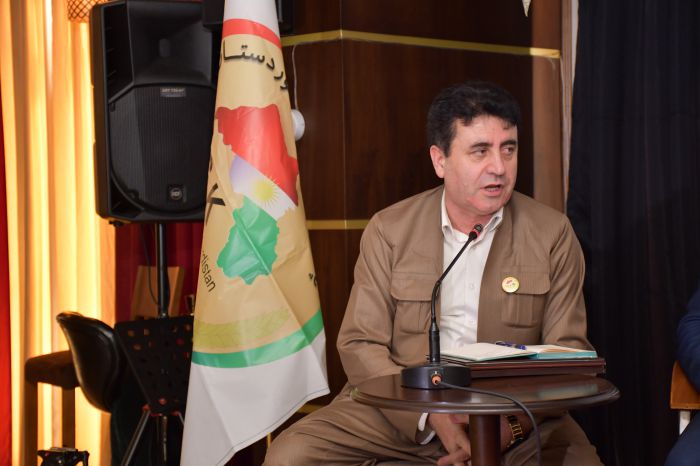 March 7, 2020
Arif Bawecani, the head of the Serbasti Kurdistan Party, known as Kurdistan Independence Party, and the president of the World Kurdish Friendship Association, said that “last November’s demonstrations and protests, which will be followed by new demonstrations, will continue until the overthrow of the current regime.” And that the parliamentary elections are not free and real, but rather just a play, just a joke.

This came in his response to Levant News about the protests against the Iranian authorities, and he added: “These demonstrations clearly show that the entire Iranian people, even the Persian people, are upset and angry at the policies of internal repression and the expansion of the regime’s arms and blatant interference in the affairs of the countries of the region. Therefore, the people take advantage of any opportunity to express their rejection of this regime, which dragged the country into calamities, disasters, starvation, and fragmentation.

He continued: “If we look closely at the video clips of the demonstrations and protests, we see that the people take every opportunity, such as the high price of fuel and others, to demonstrate and reject the regime, but when we scrutinize the chants we hear the slogan” Down with the dictator “and” Death to Khamenei “and we see the burning of pictures of Khamenei, Rouhani and other officials in the system. All of these are clear signs and vivid indications that the people do not want this regime that killed hundreds of thousands of non-Persian and Iranian people in Iran, and their reckless wars and barren adventures spread to other countries and their peoples.”

Completing: “The Kurdish people in eastern Kurdistan and the Arabs in Al-Ahwaz had a distinctive role in all demonstrations inside the country, and this number is proven by many martyrs from the rebels and rebellions, Kurds and Arabs, whether those who were shot dead inside the cities by the regime’s ruler or who were killed and executed In the dreadful dungeons of the regime. ”

On the recent Iranian parliamentary elections, Bawecani: “We have 41 years of experience, in every election, the Presidency of the Republic gives false promises to the Kurdish people as giving them high positions in the state to win their votes, but after the end of the election scenarios, they do not fulfill their promises and marginalize the Kurds.

The most recent was Hassan Rouhani’s promises in his campaign for the second term. He claimed that in the first term, his opponents created obstacles for him so that he could not implement his promises, and he claimed that in his current term, the Kurds would be granted one of the highest positions. Still, in the swearing-in ceremonies to introduce members of his ministry, he did not even invite Kurdish representatives and figures.”

“The Iranian electoral play is not a new thing for all peoples, especially the Kurdish people. The truth is that the parliamentary elections are not free and real, but rather just a play, just a joke. because the candidates are screened before the elections by several committees affiliated with the regime, and every candidate who shows his lack of loyalty to the system is excluded.” Therefore, the elections are nothing but a play, which the regime plays every four years.

The weak participation and the small number of voters in the recent elections, especially in the Kurdish and Arab governorates and cities, and the extension of voting hours twice and referring the elections in several governorates and cities to the second stage because of the lack of voters, all this is clear evidence of the failure of the election play, because, in the event of free and fair elections, the people will say their word and flatly reject this oppressive regime. ” he continued.

He concluded by saying: “The Minister of the Interior, Abd al-Ridha Rahmani Fadli, acknowledged that the percentage of participation in the parliamentary elections that took place, despite all the forgery and ready-made papers inside the boxes before the election days, is 42.6%, which is the weakest turnout in the elections since the establishment of The Islamic Republic in 1979, while participation in elections in the Kurdistan regions reached 30%, with many violations and fraud. ”